Dawei Watch / The Voice of Minorities

Stop Tie with the Military Coup, Locals Put Pressure on Oil and Gas Companies Kanbauk, Local people in Tanintharyi Region, southern of Myanmar where several onshore and offshore pipeline businesses are located, have urged all oil and gas companies to stop cooperation with the Myanmar military coup. Today, hundreds of the anti-coup protesters from Kanbauk, Ohn Pin Kwin and Tha Bot Chaung village tracks are staging their protests and urging these oil and gas companies to immediately stop working with the Myanmar military coup. The following are the requests by the protesters.

1. All staff from these three projects both onshore and offshore to show their solidarity and participate in the Civil Disobedient Movement.

2. All companies to stop payments to the Myanmar Oil and Gas Enterprise (MOGE)

3. All companies to stop any cooperation with military dictatorship.

The billions of dollars generated by the oil and gas pipeline projects – Yadana, Yetagon and Zawthika, which involve the companies like Petronas (Malaysia), PTTEP (Thailand), TOTAL (French), Chevron (US), and JX (Japanese) have been a crucial source of incomes for the Myanmar military dictatorship since 1995, they said. Since these projects have started, there were several human rights violations reported in the area. In 1996, the Yadana project led by the TOTAL was brought to the court as its partner, the Unocal company was sued by the local villagers in the US federal court on the human rights violations. The court case ended with Unocal finally agreeing to compensate villagers for complicity in human rights abuses that were committed by the military who provided security for the company in the mid-1990’s.SHOW LESS 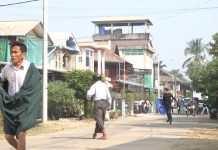 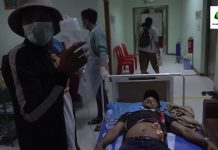 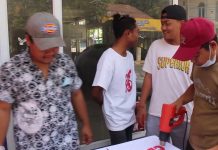